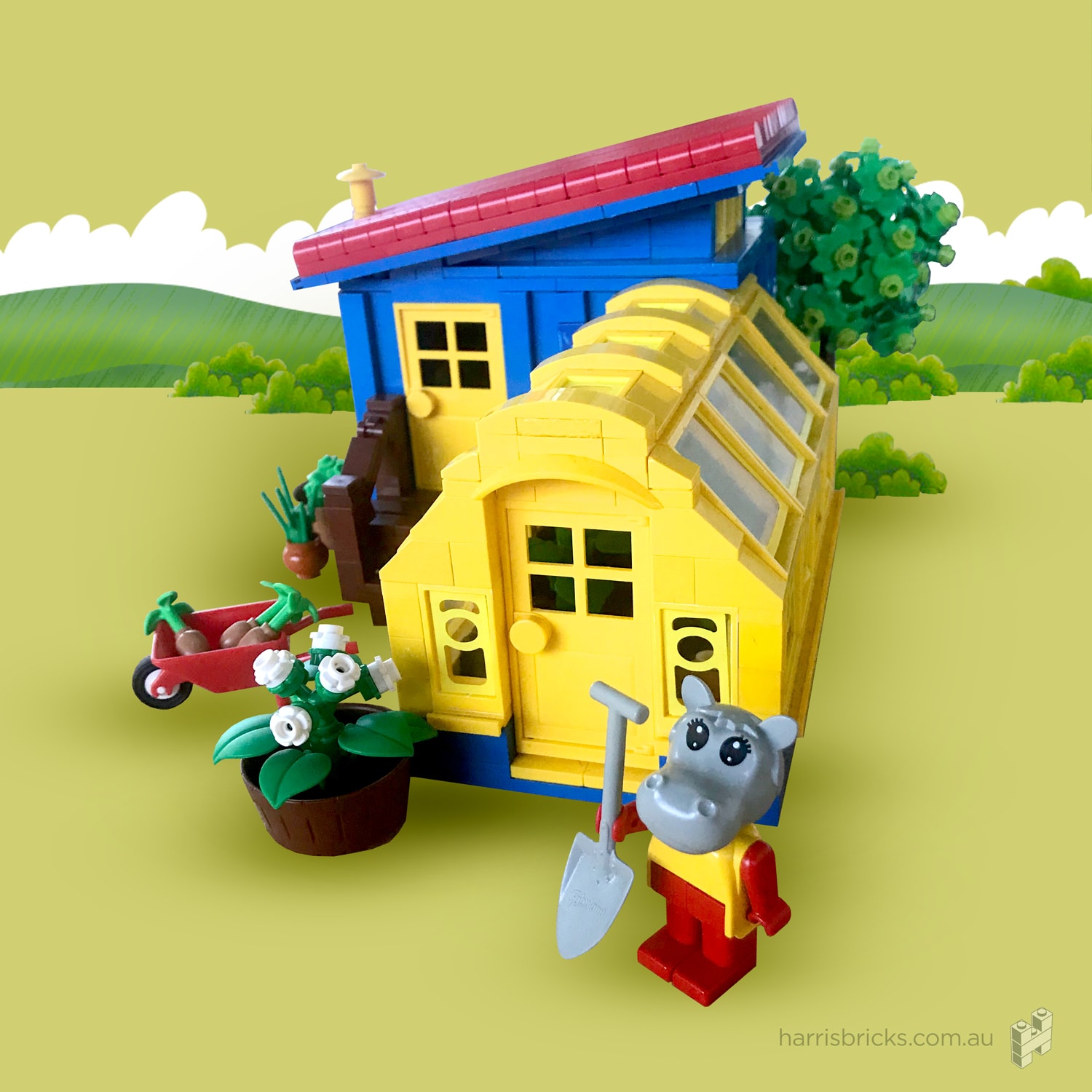 This MOC is a greenhouse for Hannah Hippo.

I have several builds for this display in progress and this is the fifth one that I am revealing.

Hannah Hippo appeared in four original Fabuland sets, 3798 Hannah Hippopotamus on a Picnic, 3787 Hannah Hippopotamus the Public Gardener, 3622 Rowboat with Lionel Lion and Hannah Hippopotamus and 3715 Hannah’s Flower Stand with the common theme being the outdoors and letting us know that Hannah’s profession is that of a gardener. In my reimagining of Fabuland I decided to show Hannah’s house, a combined greenhouse and garden shed where she can indulge in her passion for gardening.