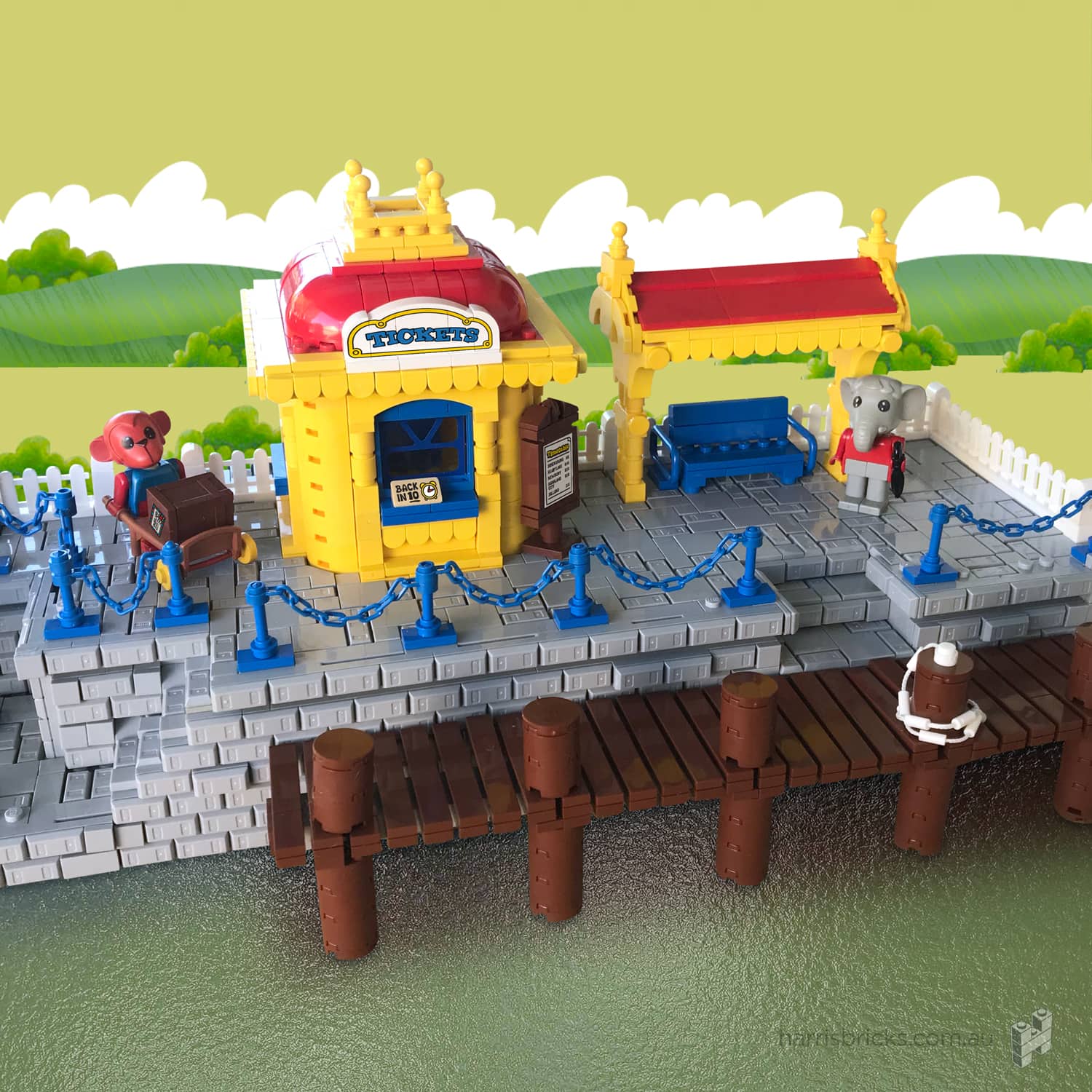 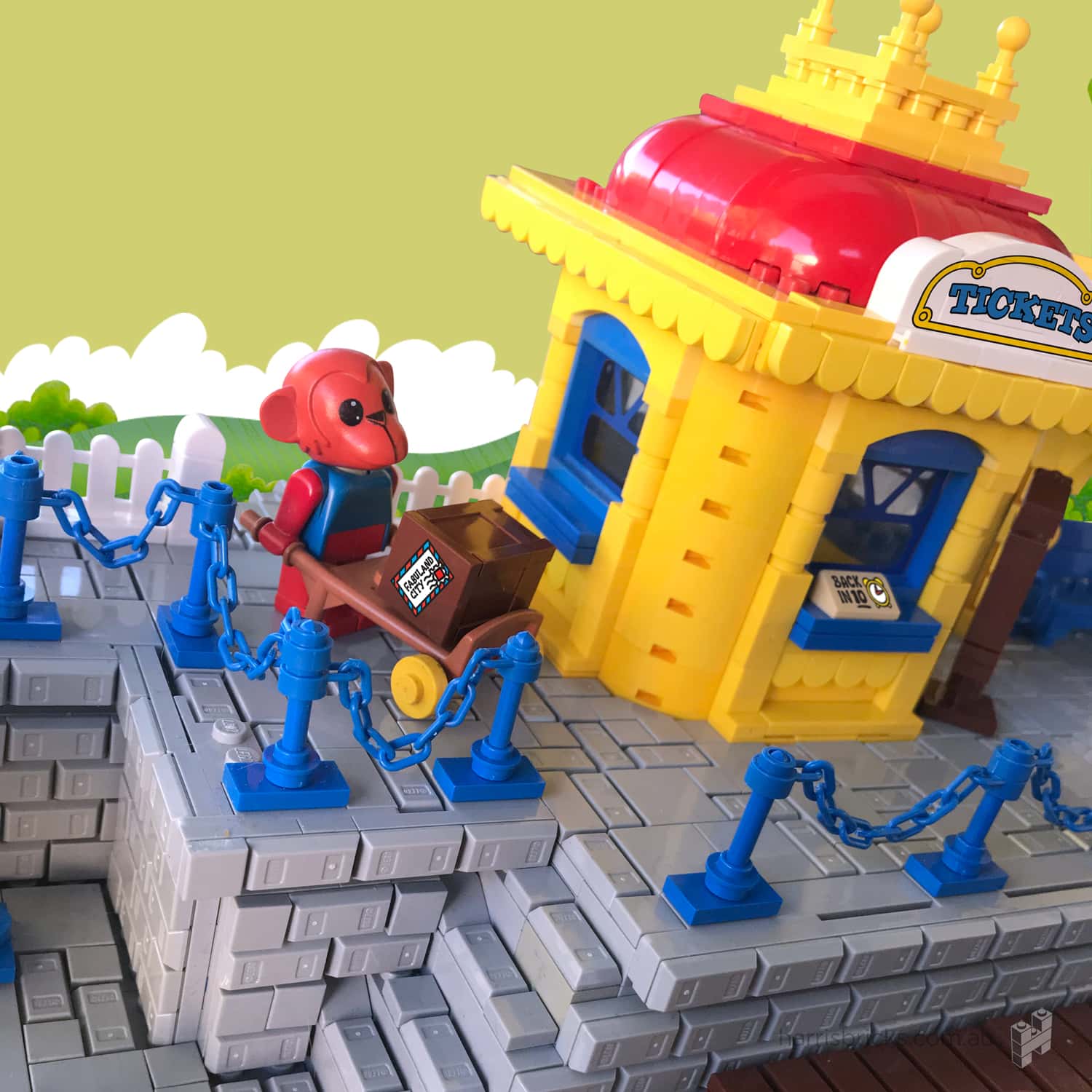 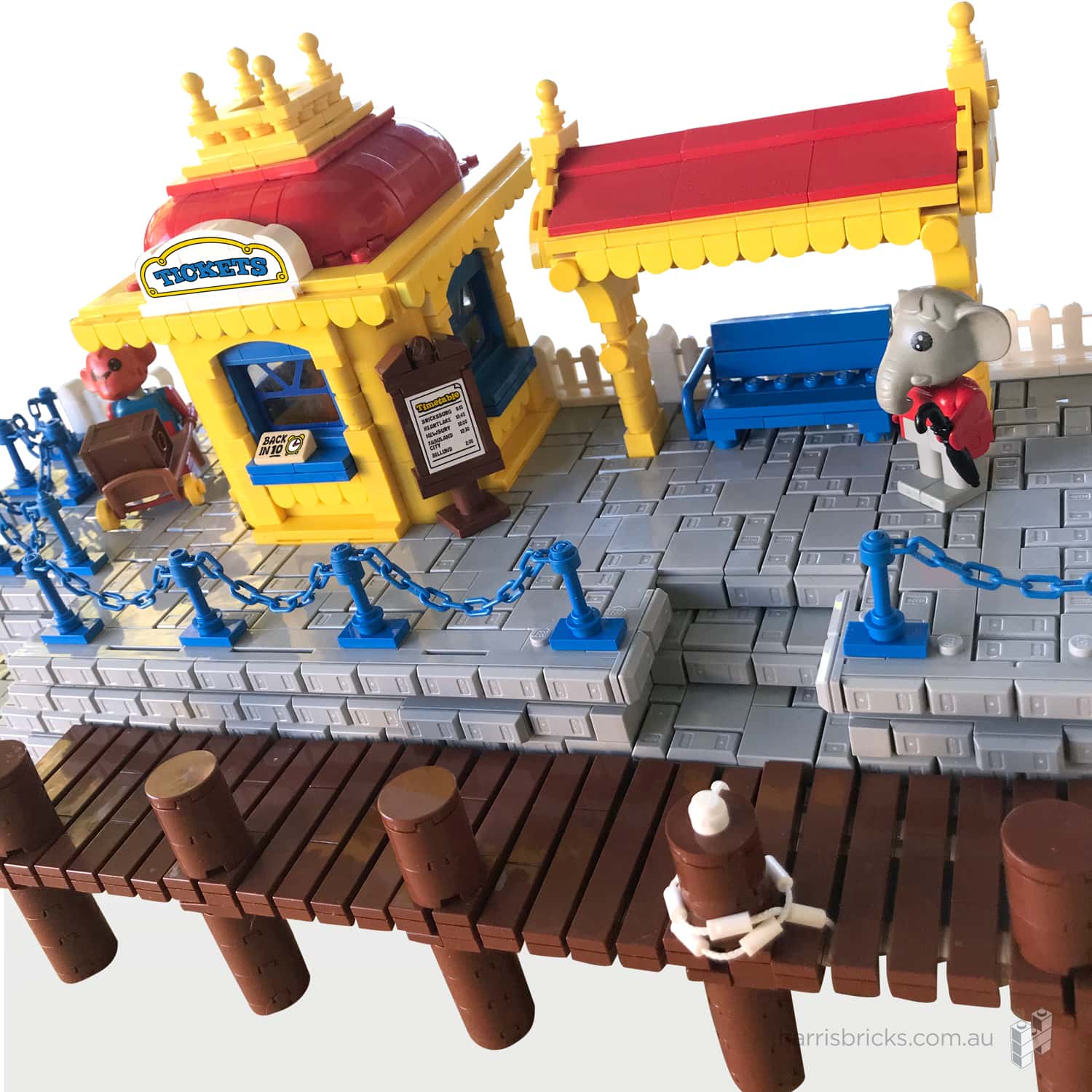 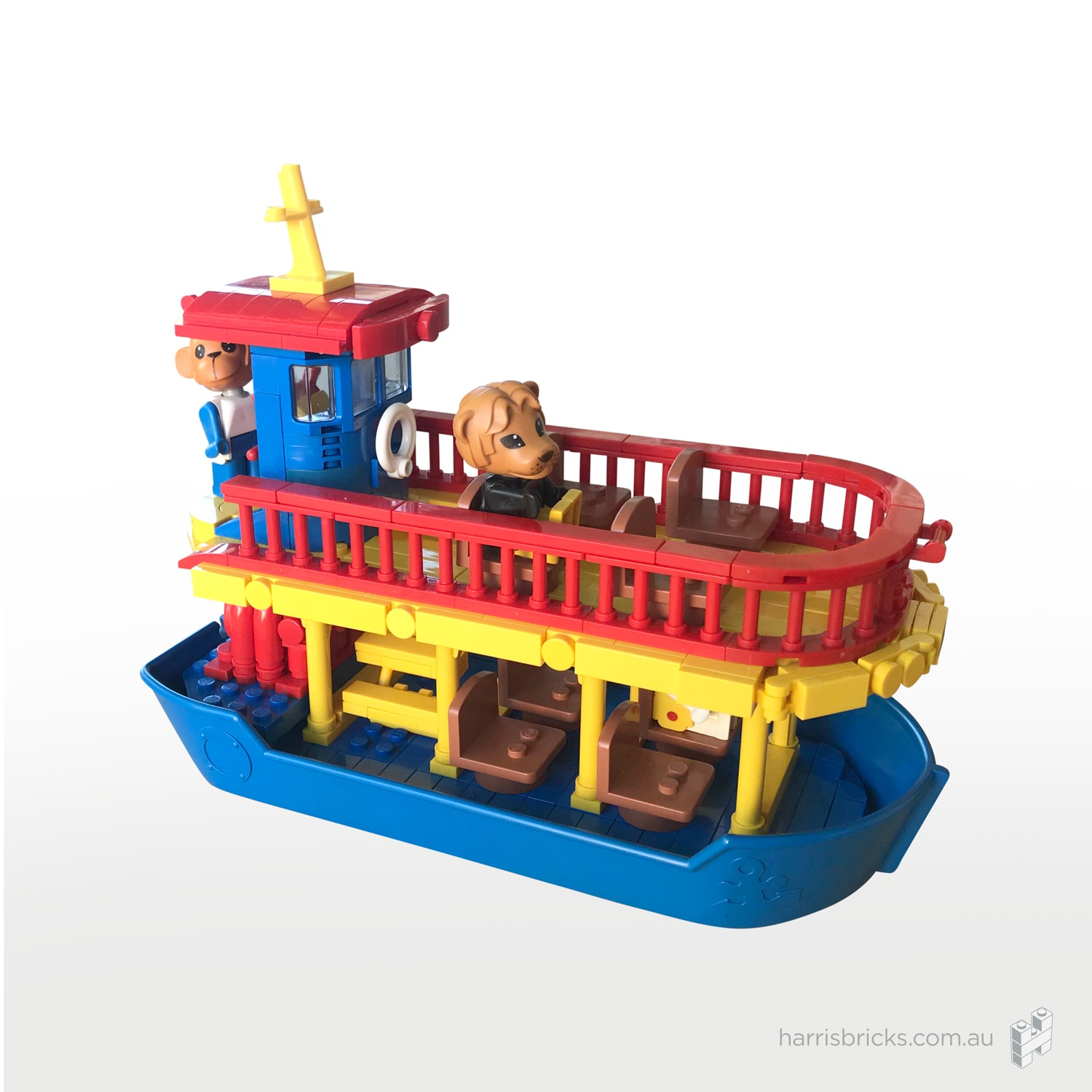 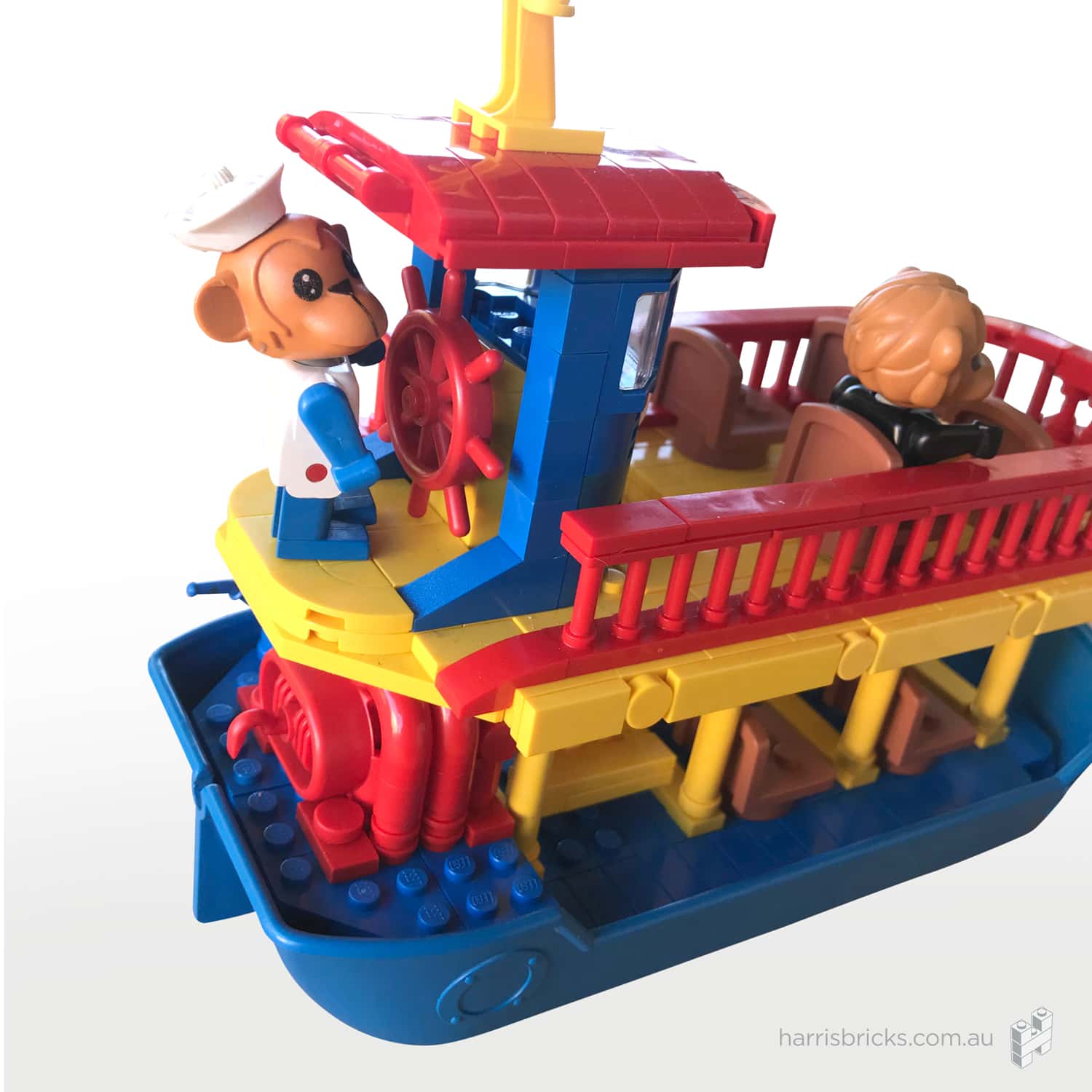 This MOC is a Neo Fabuland Dock and Ferry.

I have several builds for this display in progress and this is the seventh one that I am revealing.

First and foremost in this MOC I wanted to take the level of detail up above the simplified forms of the original Fabuland sets (those sets were made for young builders after all). Unlike my first build, Edward’s Fishing Hut, this build is not based on an original Fabuland set but instead imagines a working dock with ticket office, covered seating, stonework dock and steps with a wooden boardwalk. It also includes a ferry.

This building was actually the second one I started building after Edward’s Fishing Hut however it is one of the ones that have taken me the longest to complete.